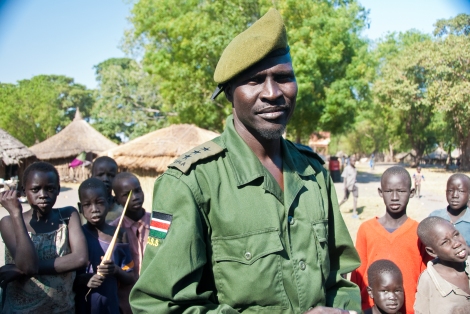 Conflict has riveted our attention, commanded our news outlets, thrust its way into our conversations, confused and divided us on an international, national, local, and personal level. It’s front and center, and we can’t seem to look away or to come together to find solutions.

That isn’t to say that the world or most individuals are worse-off today than at previous times in our history. The weapons may be new, but atrocities have been committed since the beginning of human existence. The availability of world-wide news 24 hours a day and the numbing repetition of breaking news on a device we carry in our pockets brings every event into our immediate consciousness.

Though I live in Fargo, North Dakota, I work in a part of the world where civil war has been nearly a constant since 1955, with a break from 1972 to 1983. The second Sudanese civil war lasted 22 years, one of the longest civil wars on record. Soldiers weren’t the primary losses. The civilian death toll of about two million was marked by human rights violations and is one of the highest civilian losses since World War II. Six years after the war ended on July 9. 2011, South Sudan became independent from the north only to erupt in civil war between the two largest tribes in December 2013. Though a peace agreement has since been signed, and the rebel leader recently returned to the vice-presidency, horrific fighting and human rights violations have never really stopped and recently escalated across the world’s youngest nation. The front page of the Fargo Forum carried the story as I write this, July 12, 2016.

I’m not an historian, a politician, a reporter, or a social scientist, but I’ve had first hand experience with the fallout from these civil wars in Sudan and South Sudan. I met a Lost Boy of Sudan, Joseph Akol Makeer, in 2007. He was orphaned in the second civil war and relocated to Fargo in 2003 with his younger siblings. Joseph inspired me and Kevin Brooks to follow him to his village of Duk Payuel, Duk County, Jonglei State in what was still southern Sudan to help orphans. That trip marked both Kevin and I indelibly and changed both of our lives personally and professionally. Kevin’s story is his to tell.

The poverty in Duk Payuel was overshadowed by the hope and faith of the people who had only recently returned to the village of their grandfathers and grandmothers. They were working hard for this hard-fought freedom. Planting what food they could during the rainy seasons, fetching water and caring for the multitudes of cattle as the generations before them had done. 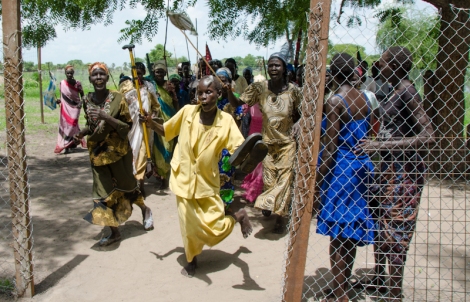 We founded African Soul, American Heart (ASAH) and earned nonprofit status in 2008. Our mission is to Protect, Educate, and Empower. We Protect our students from forced marriage, civil war, and disease, We Educate them in school subjects and practical life skills, and we Empower them to be leaders and give back to their communities.

ASAH began by supporting five boys from Kakuma refugee camp in boarding schools in Kenya in 2008. In late 2010, after Joseph had returned to his country to find work, I went back. In Duk Payuel I was hosted by the Duk Lost Boys Clinic built by John Dau, another Lost Boy of Sudan. I met with community and church leaders and told them we wanted to build a boarding school for orphaned girls. We had determined that orphaned girls were the least likely of all children in southern Sudan to go to school and the most likely to be married early for the dowry they would bring.

I was in South Sudan in late 2010 when they began voting for independence from Sudan, and I was there on July 9, 2011 when they became independent – the world’s newest nation. That same year we started an after school program with 11 girls. Our school opened in 2012. By 2013 we had 34 students in South Sudan, and the program in Kenya had also grown and included two girls. In 2014, schools didn’t reopen because of the conflict which began in December 2013 in the Capitol, Juba, and spread throughout Jonglei State and other places. In early February 2014, I was scheduled to travel there, but the Africa Inland Mission (AIM Air) pilot suggested we delay a week. By then all of Duk County had been invaded by rebels, and the people fled.

It took some months to locate our students in 11 refugee camps in South Sudan, Kenya , and Uganda. Our staff located all but four initially and moved them across the border to a rented compound in Moyo, Uganda. We’re still there. We located all four of the missing students. One was in school in Uganda, and she has remained there with family able to provide for her. One rejoined us in 2015, and one arrived during my most recent visit in early March of this year. We have located the last missing girl, and we hope she will rejoin us, but the current conflict may make that difficult to impossible.

Martha Amam, one of the missing girls, on the day she returned to ASAH (March 2016)

We’ve grown. We have our first girl in college, two girls and four boys in secondary school. Two former ASAH students are supported by Joseph Akol Makeer in college. Several others have completed secondary school and moved on. We support 42 more girls in grades one through seven. We are now a boarding facility, and we provide 100% of the cost of supporting these kids – food, clothing, medical, school fees and uniforms, books, and enrichment activities including field trips. 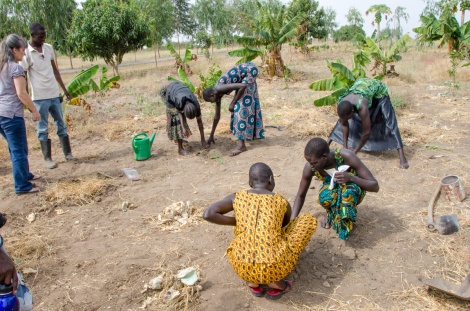 What does this mean in the larger scheme of the world? It means that these orphaned kids are protected today. They have enough food to eat. They receive medical care when they are sick. They do not live in fear. They are learning. They play soccer and volleyball and basketball. They sew. We will be planting a garden on our smaller site, though we had a huge plot in Duk where we raised much of the food we ate. It means the ASAH students have an opportunity to go to school, and we intend to get them as far as they are capable – through vocational, college, or university or beyond. We expect these students to work toward a way to support themselves and their future families, though we can’t predict the stability of that world. 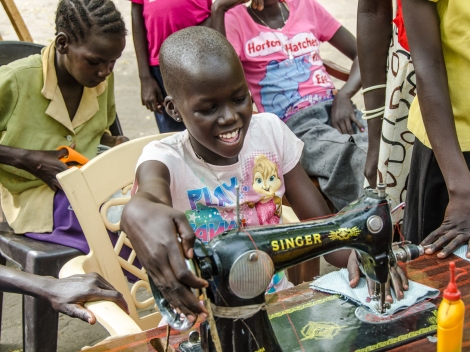 What is important for these students is that in spite of the trauma they suffered fleeing from the war – not unlike those a generation before them – they have hope, they are grateful to those who helped them and to God. They have the strong Christian faith that Lost Boys before them shared. In John Dau’s book “God Grew Tired of Us” (and in the documentary film of the same name), John thought the killing and suffering may have been the final judgment spoken of in the Bible – that God was tired of the suffering and the killing that was going on. One wonders whether that same question might be in the minds of many of us today.

I’ve read proposals recommending that South Sudan be declared a “failed state” and that the UNMISS and UN agencies coordinate relief and troops to protect the country’s people and secure the oil income to a UN trusteeship. I didn’t even know such a thing was possible, and it seems a long shot to imagine even this type of action by the larger world will solve the problems suffered by three generations who have lived through civil war. 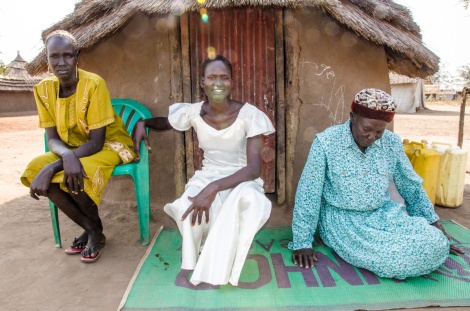 It’s such hubris, when here in our own country we are facing a crisis of violence that was unimaginable to me growing up in the Midwest. The festering of differences in race and culture in our melting pot of a country has reached terrific proportions that continue to escalate. It is a division on racial lines and the instrument to restore order is militaristic police intervention. To me, this is no more likely to promote peaceful relations than the military efforts to resolve conflict in South Sudan. In South Sudan, the war is based on differences in tribes and ideology, but it is not a war based on race. The two tribes share ancient ancestry and are indistinguishable by looks – they identify their enemies by asking them to speak – it is their language that shows the difference. Open your mouth and if the wrong local language comes out, you may be raped or killed. But, like most conflicts – the violence is driven by a desire for power, money, resources, influence, and the spoils are concentrated among the few elites, with the people they rule continuing to suffer, not even allowed to eke out their small living in rural villages as they have done for centuries.

I don’t know the answer to these problems, but I will continue to work to support the innocent orphans in ASAH. Perhaps the world will be ready for them one day.

One response to “Conflict”